My Story:
My husband was diagnosed with early onset Parkinson’s Disease in August 2016 and were told that in 10 years time we would have to look at lifestyle changes. We both spent a few days like shell shocked zombies, I cried often and then once he held me tight and said “I am so sorry” I could not hear him speak like that. So I hit Google in a big way and found AIP and these Step Detox programs. We began by giving up carbs, made mid January the AIP start time and began the Step program. In March we went back to his neurologist Dr G, (I have been told I cant name him) we were pretty excited to have him confirm some healing that had taken place. Hubby’s right arm shake had diminished and a few other signs had improved, but he had not gained back full strength in that arm. Dr G stated that PD is not an autoimmune disease but dont stop what we are doing and please not to tell anybody that my hubby has PD as it will not be fair to other PD sufferers!
We don’t know if he will be fully cured, or what to expect next, but I will keep updating here. My advice; just do it! My family of four joined in the AIP and have all benefited in different ways. From night sweats, eczema, tight chests, headaches and fatigue – we are AIP hooked!

Here is a research paper I found on PD being an autoimmune disease: Increased Intestinal Permeability Correlates with Sigmoid Mucosa alpha-Synuclein Staining and Endotoxin Exposure Markers in Early Parkinson’s Disease 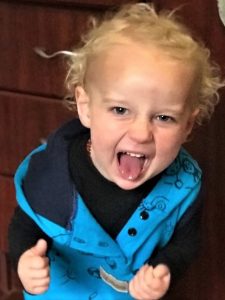