GcMAF (Gc Macrophage Activating Factor) is a natural protein that all healthy people naturally have inside of them. It is an immune system modulator that works by stimulating the activity of macrophages – the “big eaters” of our immune system. But, a negative influence on GcMAF is nagalase – an extracellular matrix-degrading enzyme that is secreted by cancerous cells in the process of tumor invasion.

When nagalase levels are elevated, it affects the levels of GcMAF – potentially disrupting the activation of macrophages that protect us from disease.

Since viruses and diseased cells release negalase, people who have a higher level of nagalase, will ineffectively deal with immune system invaders. Children with learning disorders to cancer patients typically have elevated nagalase levels – sometimes by as much as three times the normal level.

What are the improvements with GcMAF?

A clinical study out of Italy on 94 children with autism showed that 83 of them made considerable progress while on GcMAF. The most common reported improvements involve:

In another study of 1500 children with autism, 85% had high levels of viruses and a compromised immune system. All 1500 received weekly GcMAF injections and 70% of the children responded to the treatment with reduced symptoms and another 15% made full recoveries. The other 15% did not respond.

It was stated that the reduction of autistic symptoms is permanent provided that GcMAF has been taken long enough for the body to produce its own GcMAF which typically takes 24 weeks.

Immunotherapy has become an attractive new strategy in the treatment of cancer and scientists are working hard to determine the effectiveness of GcMAF therapy for cancer patients.

You may be wondering – are there any negative side effects? Side effects seem to be minimal and can include a low grade fever or an initial aggravation of some of the symptoms, such as anger and aggression which wears off after two to three weeks. Many children show no side effects.

The value of vitamin D, proper nutrition, and GcMAF

Vitamin D is needed to have the GcMAF work at its full potential which is why we have added the medicinal mushroom. Some testing has shown that GcMAF works 2 ½ times faster in the presence of vitamin D.
A healthy diet that is full of organic meats and vegetables is advised. As with the AIP, sugar should be avoided as well as most carbs. Following a ‘caveman’ – yep, the paleo diet brings the best results.

This article was first published in: Natural Health 365.   We have added a little to it.

Other links:
Safety Study of EF-022 ( Modified Vitamin D Binding Protein Macrophage Activator) in Subjects With Advanced Solid Tumors – Clinical Trials is a service of the U.S. National Institutes of Health. This study has recently closed and the results have not yet been posted. Please let us know if they have put them up and we have not yet been notified! 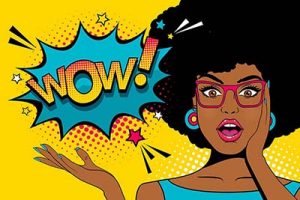